This guest blog entry comes from a Duke Fuqua alumnus

As my MBA journey recently came to a close, I got to reflect on my time with Fuqua. After traveling in four different continents with my cohort of more than 110 classmates, I continue to feel convinced that the experience has been a transformational one for both my personal and professional growth. To paint the picture more clearly for you, let me share some highlights of key learnings I had during my time in the program along with accompanying anecdotes:

Learning #1: Seek discomfort. Uncertainty is an opportunity in disguise.

There were numerous times in the program where we were challenged to handle uncertainty, whether it be an ambiguous team assignment, the unpredictable cold calling in the financial accounting class, or fear of getting lost while traveling in foreign countries during our global residencies.

One such uncertainty we all experienced was working with our learning teams (LTs). At the beginning and then again at the midpoint of the program, we were divided into teams of four or five students with whom we worked to complete our group assignments for the core classes. The program staff was intentional in the way they assigned LTs to avoid placing two individuals with similar backgrounds on the same team.

I remember meeting my LT members for the first time and thinking to myself “oh geez, these people are quite different from me.” My team was composed of a banking professional, a petroleum engineer, a biotech researcher, an Air Force pilot and me, a management consultant. However, my myopic view was quickly exposed when we found many commonalities through various team building activities and socials during the first residency in Durham. At times, we learned that our working styles needed adjustments to unlock more team synergy. The program staff and faculty create a learning environment where LTs have to figure it out on their own which encouraged us to quickly discover a team dynamic that worked efficiently—and during the process, we built deep relationships with each other.

At first, I was nervous about working with people who I thought it would take an effort to get along with, but I am glad I got put on that team because I made some close friends and became more open-minded as a result. As I think about my career and life ahead, I know I will come across individuals who are different from me. I now know to seek discomfort because uncertainty is an opportunity in disguise just like how my learning team has been to me. 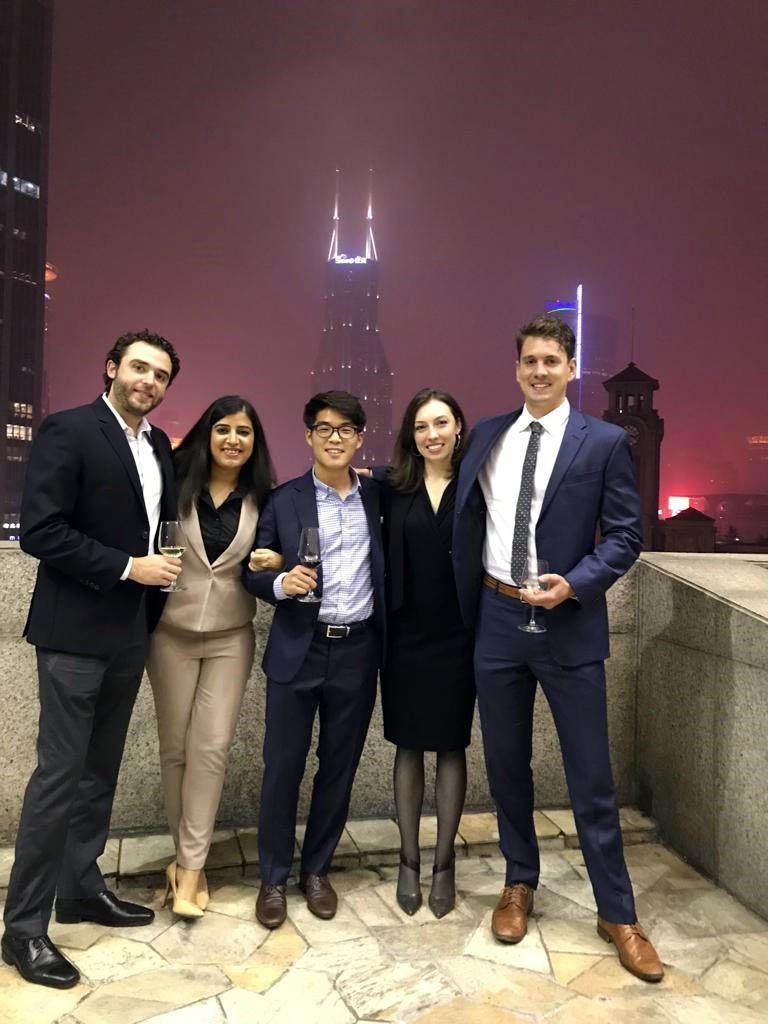 My first learning team, bonding and toasting in Shanghai

One of my favorite cultural learnings came from Professor Jeremy Petranka’s cross-cultural leadership seminar in Durham. In breaking down the concept of culture, Jeremy introduced humans’ limbic system (also known as the “lizard brain”) that triggers instant emotional responses. It is our limbic system that causes the fight-or-flight response. We learned that instead of letting our limbic system take over, we could condition ourselves to engage our frontal cortex more diligently, thereby staying calm and rational when facing an unfamiliar situation, such as encountering people from a different cultural background.

To engage our frontal cortex consciously, we were encouraged to practice asking and contemplating what people really mean by their remarks. For example, saying “you are totally wrong” in a typical business setting is likely a very rude thing to say. However, in some cultures, it could just mean “I am respectfully stating that I have a different perspective than you.” We also learned that one country can have a set of very diverse cultures. In Shanghai, our Chinese classmates organized a culture panel where panelists took turns sharing their cultural backgrounds and interesting facts about conducting business in China. It was interesting to hear many of them mention they consider different regions of China to be almost like different countries because people may speak entirely unrelated dialects and even have distinct facial features.

Throughout class discussions and hands-on cultural exposure, we were reminded of the importance of considering diverse cultural dimensions that may be at play when engaging individuals from foreign countries, instead of just looking at things through our own lens and biases. 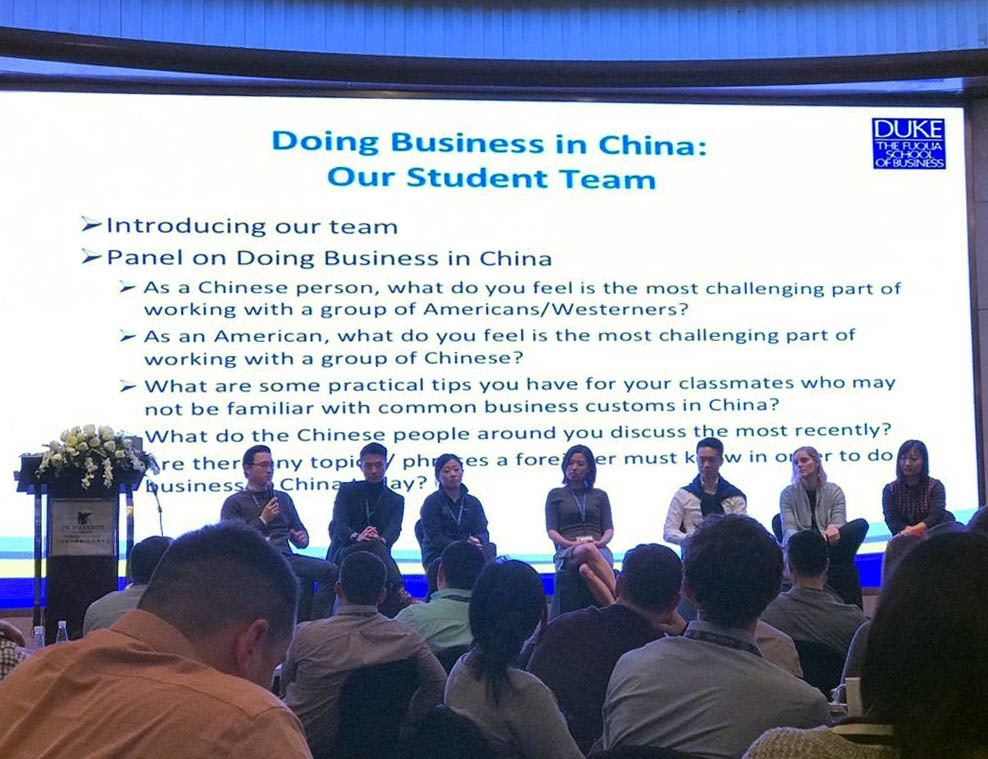 Learning #3: The world becomes as big as you make it.

I recently came across a lecture delivered by a Penn State professor discussing a music video by BTS, a Korean boy band, that surpassed Taylor Swift’s record for views on YouTube in a 24-hour period. The professor surveys several hundred students in the lecture hall and finds only a few of them had heard of BTS. He then proceeds to highlight the moment as the students’ opportunity to expand their interest and knowledge of what is happening around the world.

I bring up this point because it is relevant to our unique learning experience as Cross Continent MBA students given the program’s academic focus on understanding the global economy and cross-cultural issues. Through the Global Markets & Institutions course, we assessed and predicted the economic health of the various countries we visited by analyzing recent news articles and industry reports. Through the Culture, Civilization, and Leadership course, we documented in our journals takeaways from different leadership styles that we observed around the world. Essentially, we were chartered to develop perspectives on what it takes to be an effective executive at a multi-national company.

As the world becomes a global village, we need to keep ourselves informed of what happens around us and adapt to changes to lead in the new business environment. Given my upbringing, before the program, my worldview was mostly limited to that of the U.S. Through my interactions with peers from around the globe, I got to learn about what political and economic activities have been taking place to influence and drive the other side of it. Armed with knowledge and inspirations, I am even considering potential career opportunities in South Africa or Hong Kong in the future—something I would not have easily thought of on my own. 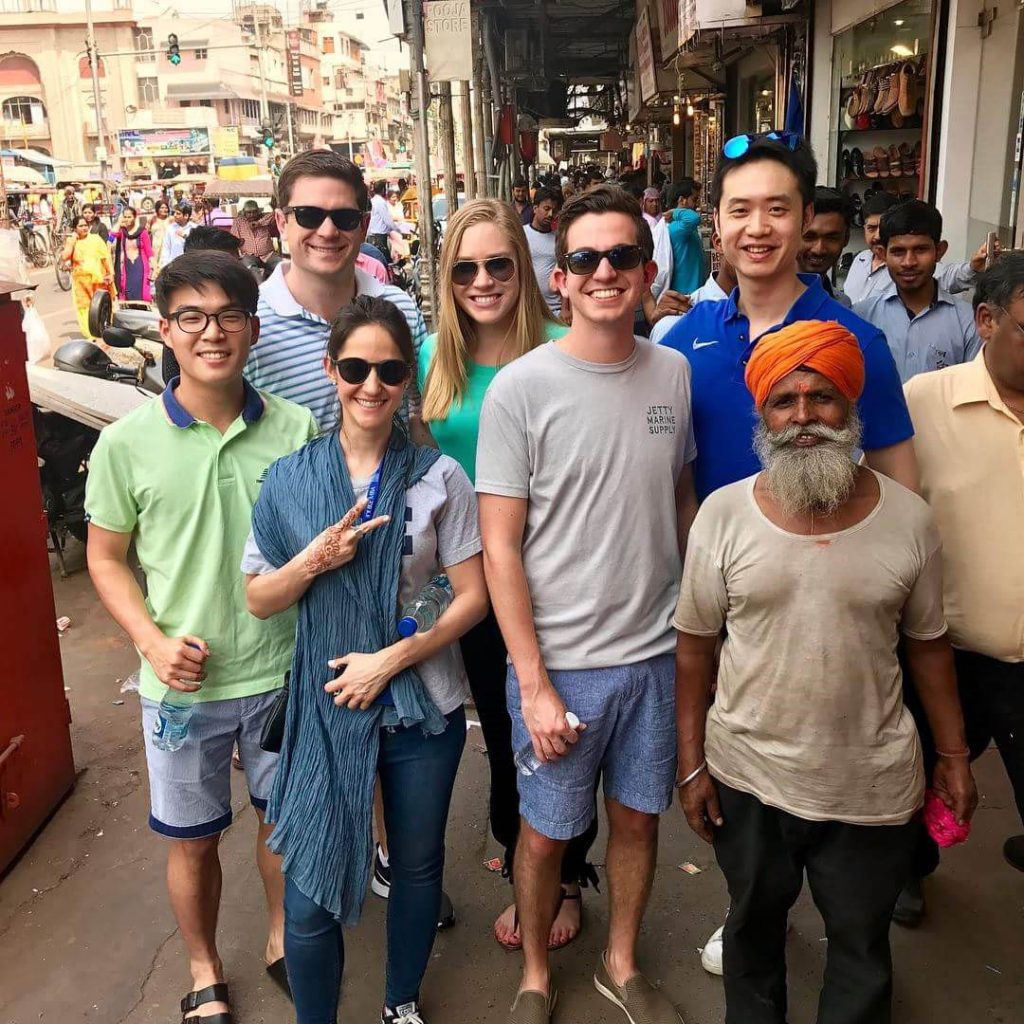 My second learning team roaming the streets of New Delhi

To Wrap It All Up

Throughout our global residencies, we thoroughly enjoyed our cultural immersions that spanned ethnic foods, local arts and performances, corporate visits, and famous landmarks, all while in each others’ company. What left a bigger impact on us is the realization that the world is indeed vast and we are only a tiny part of it. By the end of the program, we had become more sensitive and humbled individuals with a renewed sense of responsibility to stay curious about others and respect those who may be different from us in this dynamic world. Probably the most important lesson we have learned and mission we take on as we get out into the post-MBA world is that our journey only begins from here. 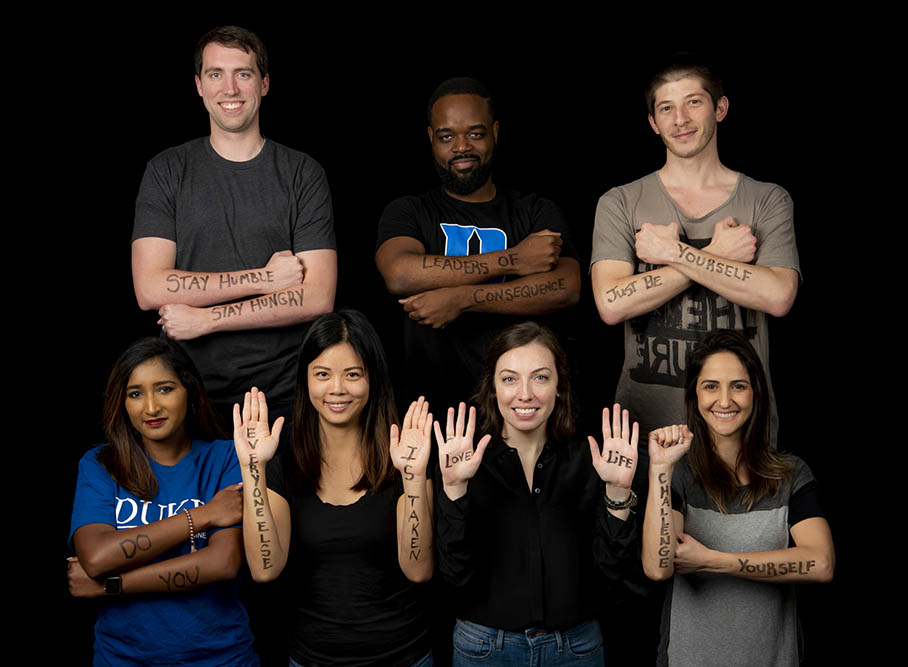 Are you a good match for Duke Fuqua Global Executive MBA program?

Interested in Duke-Fuqua GEMBA program? Have a chat with us today and see whether your profile is a good fit, no commitment required!

Jonathan has 8 years of work experience in Education Management. Since 2013, Jonathan has helped applicants get into top 15 MBA programs and has an immaculate track record with INSEAD (both full-time MBA and EMBA programs). His applicants received offers from the Magnificent 7 (HBS, Stanford, MIT, Kellogg, Booth, Columbia, Wharton) and from other leading business schools such as INSEAD, LBS, NYU Stern, Yale, Tepper or UCLA.

Prep Zone Academy® has adopted the Tripartite Standard on Flexible Work Arrangements, and has committed to be a fair and progressive employer.